In Denmark, grandparents are called bedsteforældre (best parents), and I liked to call Grandma and Grandpa my bedsties, mixing in some Danglish!

My grandparents have been one of the biggest inspirations for what I do. Not only was the intergenerational relationship with them important, but they fostered my admiration and enthusiasm for many aging and older adults. Some of my first friends were ones I made just hanging out in the nursing home in my free time. The same nursing home where they both worked and served the community for many years, as well as the nearest hospital in Viborg, South Dakota. 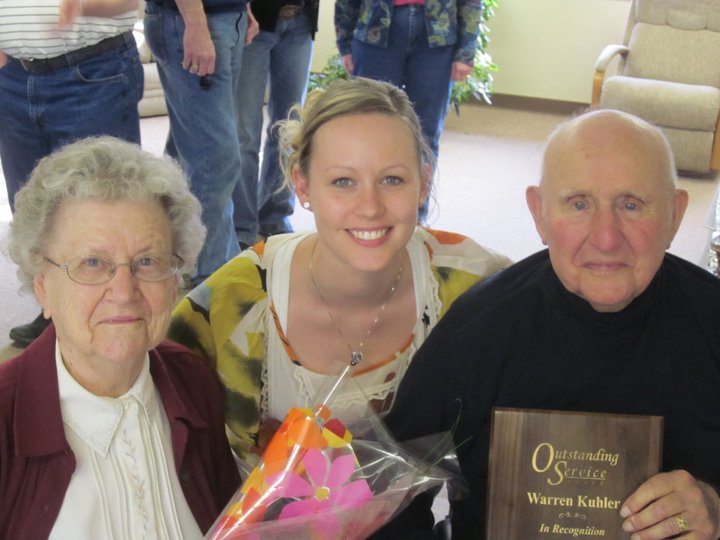 Me with my grandparents (Lillian and Warren Kuhler), at a ceremony to honor my grandfather’s outstanding community service, May 1, 2011 in Wakonda, South Dakota. They have been a huge influence on my personal and professional life, exemplifying a devotion to their family, community, and the health and well-being of all.

They were married Valentine’s Day in 1945, after having met the previous year in the hospital (Grandpa needed his appendix out, Grandma was his nurse). 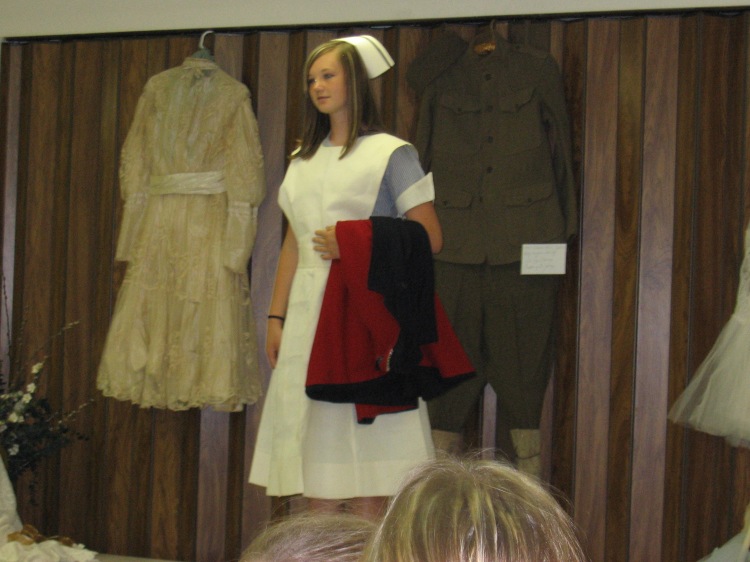 He had returned to his war service and mailed her an engagement ring. 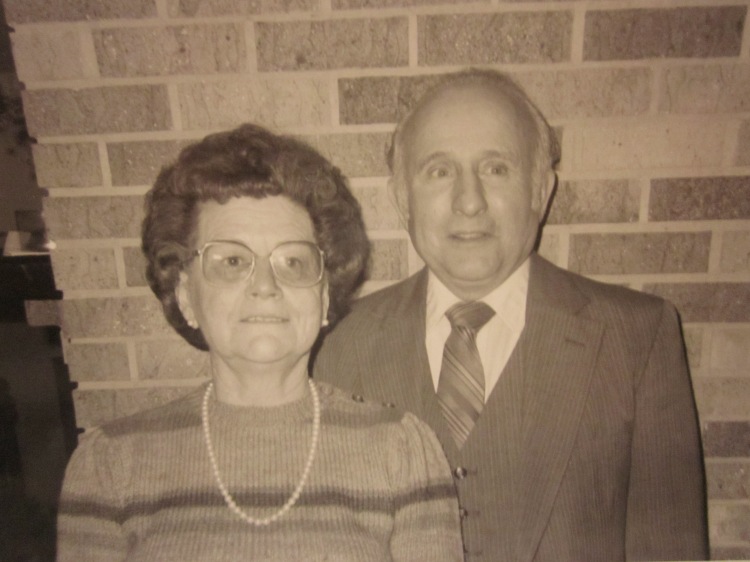 Warren and Lillian at their new house in town (1982, my parents moved into the farm where Grandpa grew up a few weeks before I was born)

I grew up in the same house that my mother, Grandpa Warren, his father, George all grew up in. It was the house that my great great grandfather, August Kühler) settled when he immigrated from Wesphalia (Prussia) region of Germany. 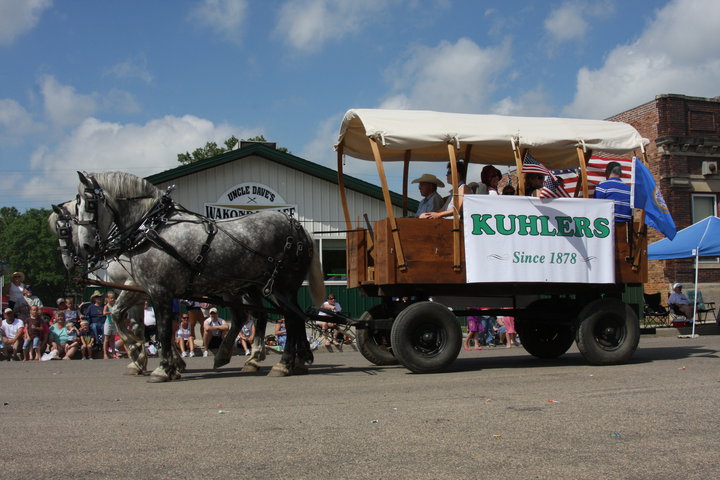 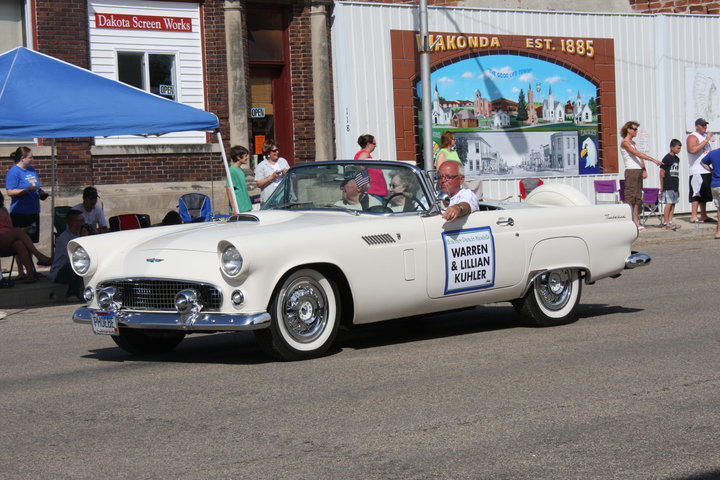 Grandma and Grandpa were the Parade Marshals for Wakonda’s 125 birthday celebration (July, 2010) 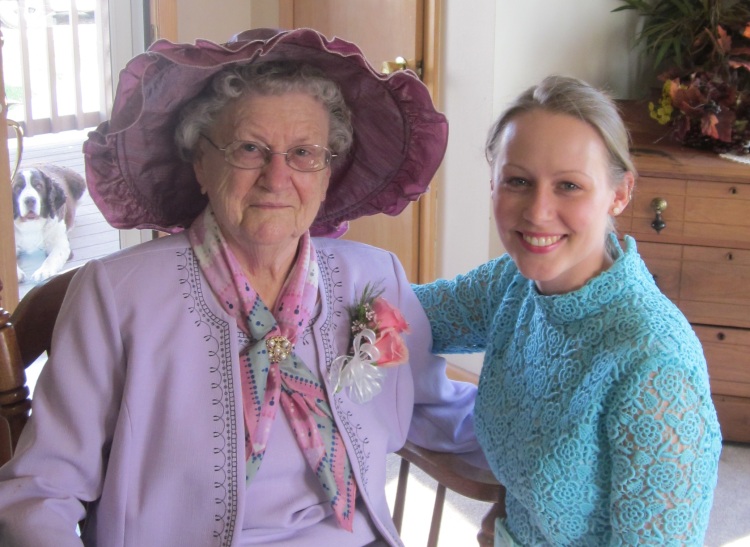 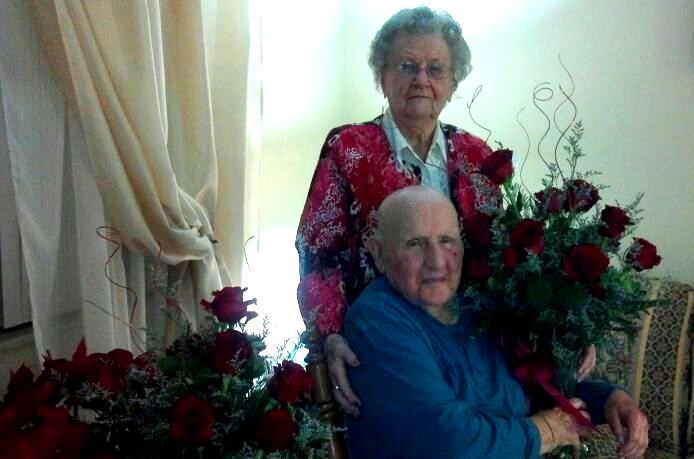 Unfortunately, they both passed away this time last year (April/May, 2013). Grandma died the day I submitted my PhD thesis on technologies to support dementia care, and Grandpa died a month later and was buried on his 91st birthday (the day after what would have been Grandma’s 92nd).

Over the past few years, Grandpa had several TIA strokes (mini-strokes) and was showing signs of dementia, as well as general physical aging. It’s one thing to work with other people with dementia and to study it, but it hits you square in the core when it is your own family.

One of the reasons I enjoy working with dementia, is that I get to see the person for who they are when I meet them for the first time – I don’t have an entire family history of what they “used” to be, and it gives a unique perspective to value an individual in their present state.

Not a day goes by that I don’t think of my grandparents – I am one lucky granddaughter to have enjoyed being so close with them for 31 years.